The new generation of the Scanner application with extensive support for STS and GRN documents and sending photos of completed and verified orders to the panel.

The first generation of IAI Scanner application, well known to owners of data collectors supported by the mobile Windows CE system, as well as users of the Windows Desktop operating system, has undergone a technological metamorphosis.

The new second generation of application due to the obsolescence and limitations of Windows CE has been prepared for more modern and dynamically developing operating systems: Android, Windows 10+ and iOS. 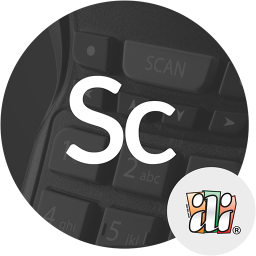 The IdoSell Scanner application 2.0.2.0 supports and optimizes processes such as:

which the user can perform directly from the level of their mobile phone, data collector or other mobile device supported by the system 'Android version 5+' Windows version 10+ and 'iOS version 10+ 'and having access to the Internet.

The application also supports both one-dimensional (1D) and two-dimensional (2D) built-in barcode readers and recognizes the codes by the camera.

We encourage you to use and install on your devices the application IdoSell Scanner 2.0.2.0, which first hit the Google Play Store

Remember to upgrade your operating system to Windows 10 version 16299.0 or newer, otherwise you will not be able to install this version of the application on your computer.

The iOS version should appear in the Apple Store within the next few days.

We guarantee that further support in the improvement of detected errors for the first generation of applications IAI Scanner 1.8.X in the version for Windows CE and Windows Desktop will be valid until the end of August 2021. After this period, both applications will be permanently removed from our system. We encourage you to update the operating systems on the devices used or replace these devices with new ones that support the required operating systems.