Composer is a tool from IdoSell with which you can build your own store template and create unique branding. We've introduced new improvements that will allow you to edit graphics and text even more easily. 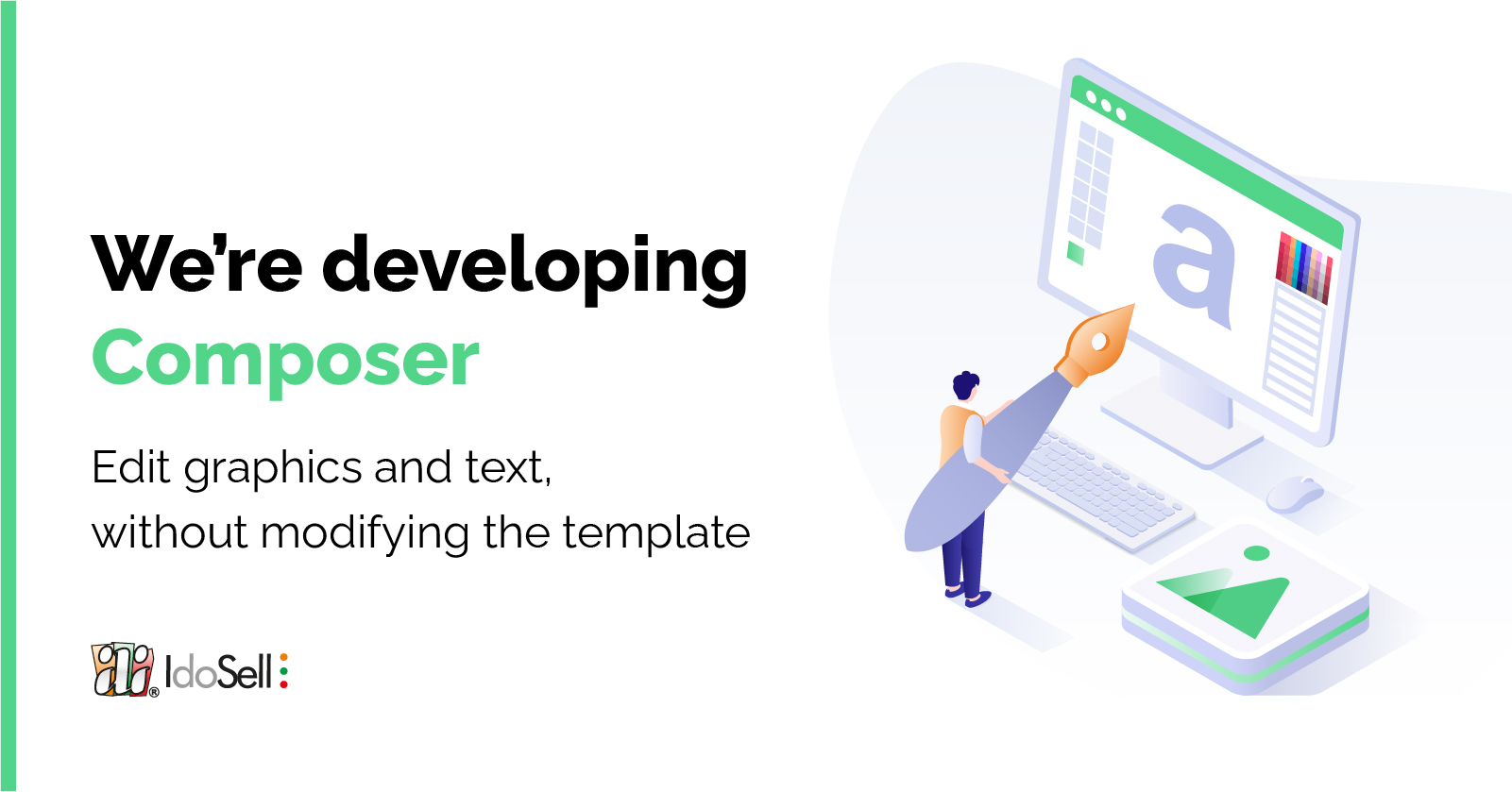 With Composer you can create a unique store template, according to your own preferences. We released the tool to you in June and since then we have been constantly working on developing its functionalities and making editing templates easier.

Currently, we have completed the second stage of development of the tool, which will allow you to add your own texts and change the images in the template.

From now on it is possible to edit image files and texts in the template without modifying the component code. What's important, your template will still be able to use updates to standard templates.

In order to modify graphic files or texts in a template, you had to create a custom template. Such a template was created by our developers or outside specialists. The weak side of that solution was that it cut us off from updating the standard templates, even in case of minor changes.

Also the translation of the templates caused many problems. Many literals were redundant and repeated. Often the literals contained html code, which caused problems during import and spoiled the template.

We solved this problem and changed our approach to literals. We created a dictionary of literals and from now, in templates coming from Composer, literals will always come from this dictionary. This way, we reduced the list of literals to be translated from about 30 thousand items to 2.5 thousand for the standard templates. No letter occurs twice, as it did before.

What did we do?

New options appeared on the sidebar:

File manager - The file manager is a file tray. Here you can store your files for later use in templates. Files can be filtered by name and by type. It is possible to delete graphics from here. 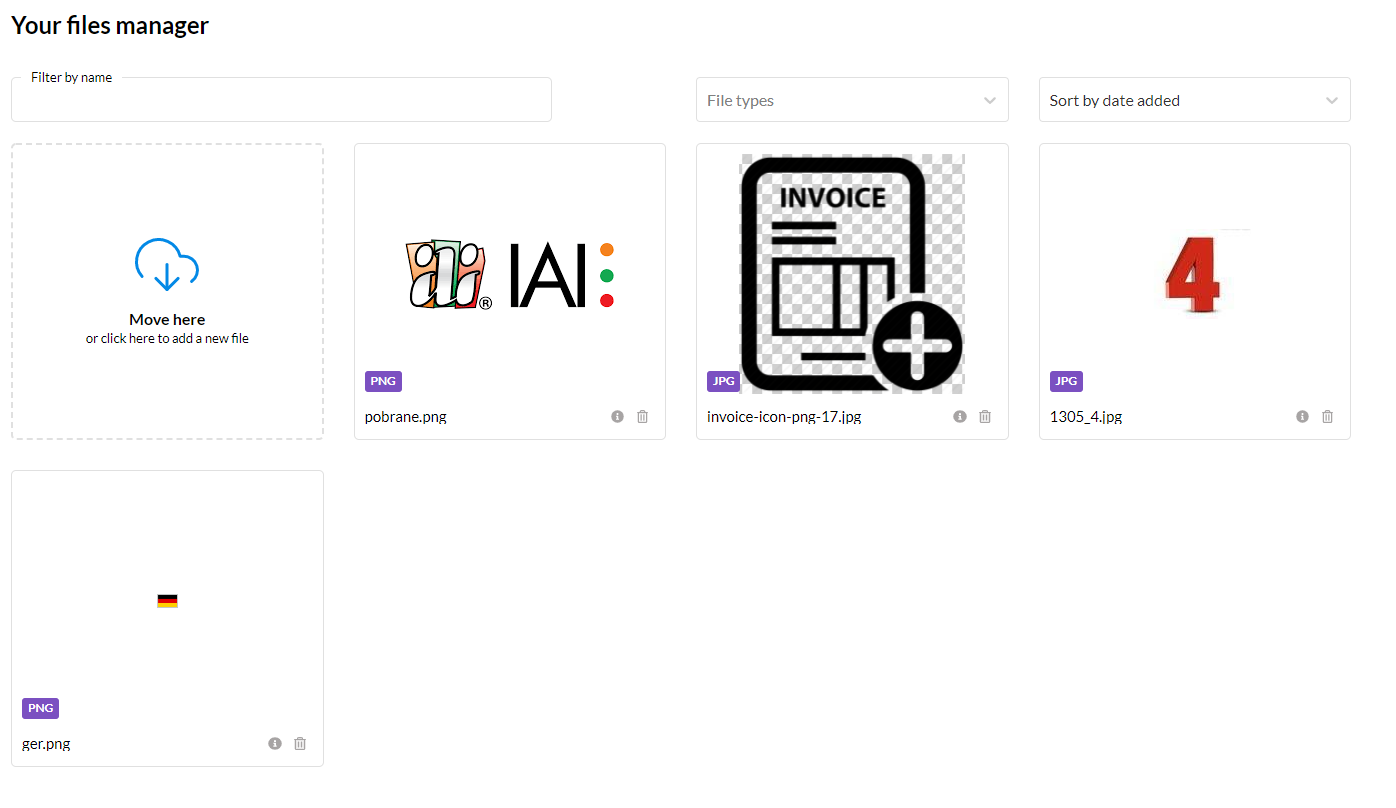 Translation dictionary - here you can change existing literals or translate to new languages. By default, dictionaries are available in three languages - Polish, English, German. In the future there will be more of them. In the translation dictionary it is possible to export and import xliff files. In the next stages of Composer development we will add more formats, such as json. We also plan to provide an automatic translation option, which we are already working on for the entire store.

Translations can be searched for. The search phrase is searched for in the source language. If you have edited a literal - an icon appears next to it for undoing the changes and restoring the default value. The changes are saved automatically. 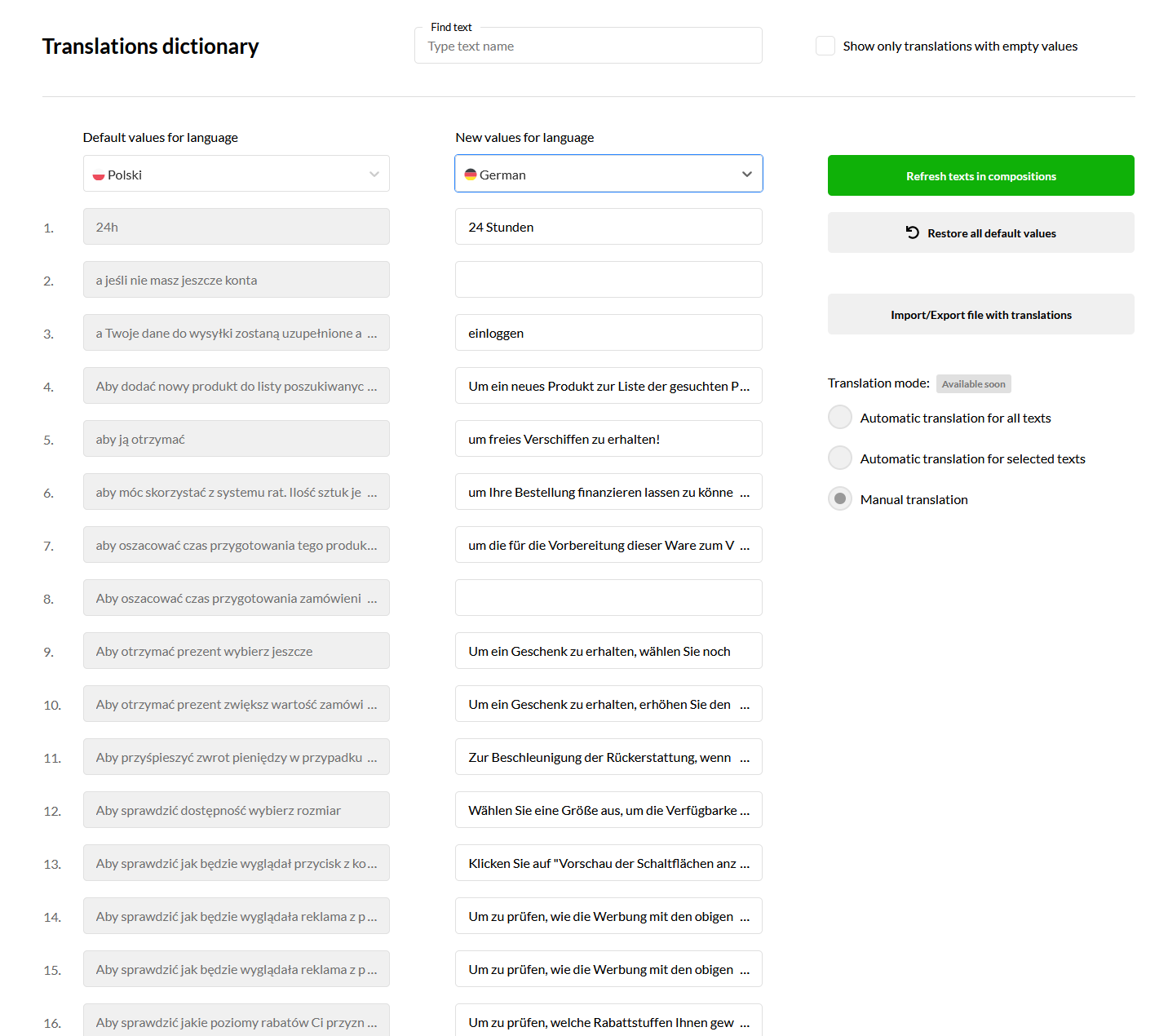 Technical note: Changes to the lettering will be visible in subsequent compositions you create. If you want to change the lettering in your current compositions - select Refresh lettering in compositions. Then the latest versions of your compositions will be generated in the background and you will be able to publish them to the store after rebuilding. Thanks to this approach, you can provide translation of all templates e.g. for all stores that are in one panel. 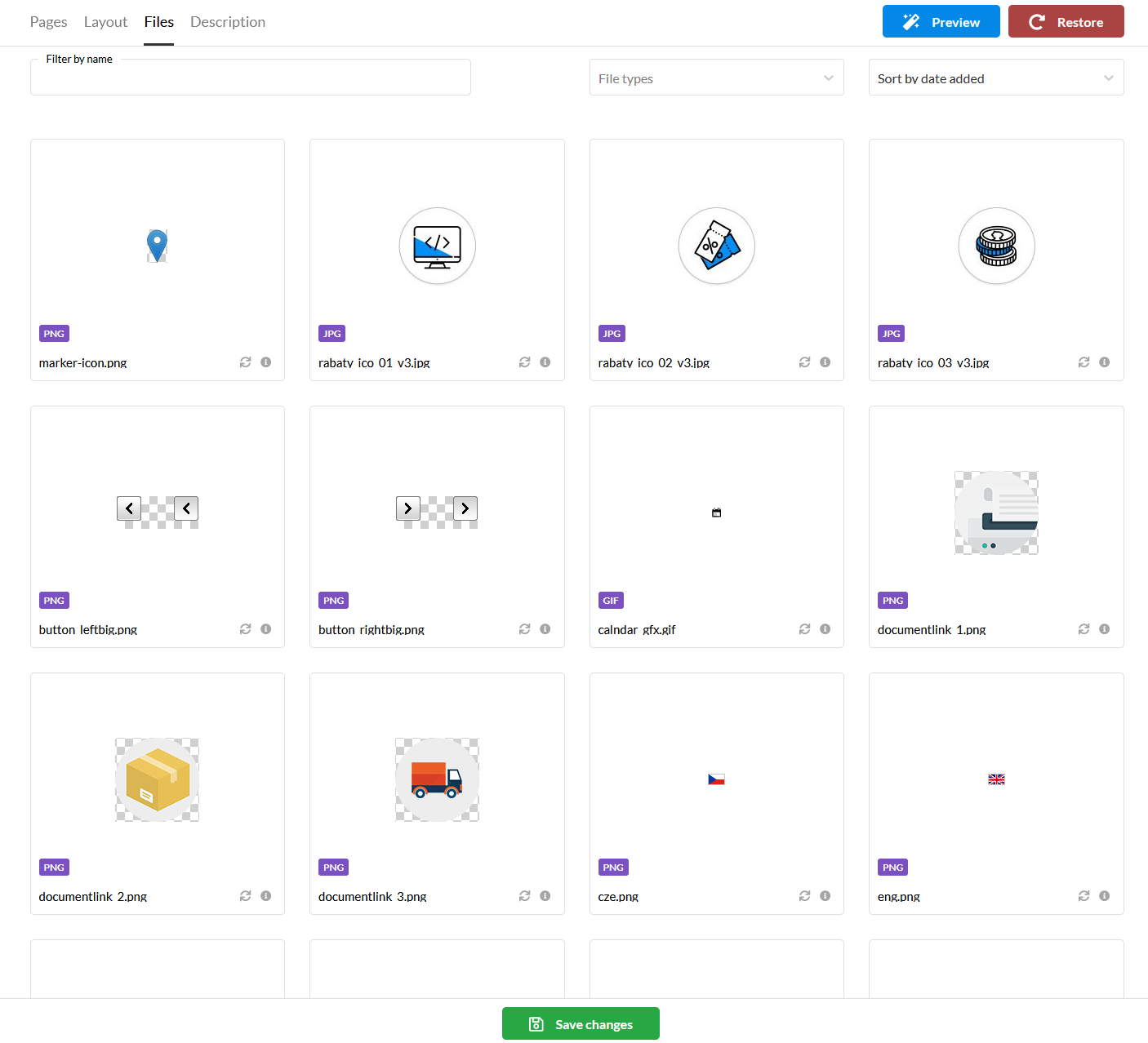 There is a new Files tab in the composition editing. Here you can check what files have been used in your template. If you want to change any of the files, you can do it in the edit mode. Each file has additional information that you can preview.

In the next version, which we have already started working on, we want to provide the possibility of uploading your own components and modifying the code of the existing ones. Thanks to that, you will be able to personalize any component, e.g. the product card, and the rest of the template elements will continue to be updated automatically. The introduction of these changes will cause other changes in the panel and processes, which will be described in more detail in the next update.

On April 27th we have released new versions of STANDARD compositions and components in the Composer tool and and a bunch of changes and improvements.. The product card is now ready to display the lowe...

We have provided a mechanism to collectively add products to your basket by easily uploading a list of product codes. If you run an online wholesale business and are looking for a way to streamline yo...

On March 10th we have released new versions of STANDARD compositions and components in the Composer tool and a bunch of changes and improvements. We have shortened loading times, made it possible to b...